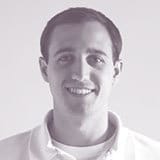 On August 6, 1991, I was five months old. Also, Sir Tim Berners-Lee published the first web page ever. It was made up of plain HTML—no CSS, no JavaScript, no third-party plugins. Since then, the web has been filled with rapid invention and innovation.

The web has fundamentally changed since the days of HTML 4.01. The number of people with an internet connection has skyrocketed; recent estimates say that nearly 40% of the world’s population is now online. Bandwidth has also increased dramatically. Even cell phone connections are many times faster and more reliable than those original dial-up connections. Today, browsers are everywhere—phones, tablets, game consoles, televisions, watches, and soon, weird-looking glasses.

Henry Ford once said, “If I had asked people what they wanted, they would have said faster horses.” Well, sometimes we do need faster horses. Since the first web page was built, one thing has remained the same: Developers have been using the same markup. It’s about time the web’s oldest language got a much-needed update.

The HTML5 specification brings fantastic improvements and additions to our beloved language. Among them are new semantic elements for common patterns and media, new and improved form elements for accessibility and usability, and things like local storage to be used in powerful web applications.

There’s a low learning curve, since new additions are consistent with old conventions, and the new pieces of HTML5 are specifically designed to degrade gracefully in browsers without support. As authors, we can begin using the new specification today without having to worry about leaving anyone behind.

If you’re clinging to days gone by, jump into HTML5 and get started! The best way to do so is to simply change your doctype. Then, take a look at the new semantic elements and improvements to forms. Instead of <div class="header">, we just use the <header> element. In the same vein, instead of <input type="text" name="email">, we can simply write <input type="email">.

Once you’ve got that down, get to know the video and audio elements of content that are starting to play a major role in today’s web. Implementing rich media is as simple as using a tag (just like images).

Now is the best time to dive in. HTML5 support is growing steadily, and thanks to its being designed to degrade gracefully, we can already safely use most of the specification to create amazing experiences that are easier to build and more delightful to use.

Looking for more ways to start using HTML5? Check out Stephen Caver’s recently released course on the Fundamentals of HTML5 for The Happy Cog Way, then come back and share how you’re implementing HTML5 in your own sites.