“The last thing you need to do is see Jim Avery. He’s two doors down.” 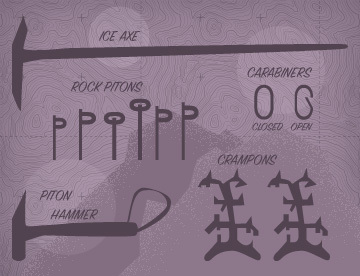 That was the department chair’s way of saying that our meet-and-greet was finished and that I needed to go. She was polite about it, but my stomach was still churning from nerves and stress. Thirty minutes prior to this meeting, I had decided to abandon my long-ago-decided path of pursuing an art degree in favor of a degree in advertising because 1) Advertising was the only department that offered a few graphic design courses and 2) the Art department had just royally pissed me off.

The Department of Journalism and Public Relations was an umbrella organization that also included Advertising and Television/Radio (which would later be retitled “New Media”). Each full-time professor in the department was responsible for the career and education path according to their discipline. Every office was bright and cheery or well-lit and utilitarian⎯except for one, the office two doors down. Jim Avery kept his office dark, preferring the focused glow from a simple desk lamp and whatever natural light found its way through the small windows near the very top of the twelve-foot ceiling.

While other professors watched as students walked by, hoping to say hello or strike up a conversation related to recent events in their field of expertise, Jim mostly kept his back to the door. The light from his Macintosh SE cast a glow around him like a lunar eclipse. Classical music played in the background at the lowest volume setting possible. The scene created was clear: Don’t bother me.

“The last thing you need to do is see Jim Avery. He’s two doors down.” played in the back of my head. I walked up and tapped politely on the doorframe. The dark void that was Jim Avery lifted its head and looked up into a picture above the Macintosh that conveniently served a second purpose as a mirror.

“What do you want?” asked the black hole.

I tried my best to come up with a quick yet eloquent way of describing that morning’s events, rash decisions, personal history, skill set, and desire to become a graphic designer. I failed completely.

The void turned in his swivel chair and nodded his head to look past the bifocals clinging to the edge of his nose. As he did this, the light from the desk lamp danced menacingly across his face, doing nothing to make Jim look less scary and haunting. I was terrified. If I was going to get through college, I was going to have to do it with this professor’s help. All I had to do was find a way to get on his good side.

After that fateful first meeting, it didn’t take too long for me to figure out one key characteristic of Jim’s: he didn’t like stupid people. And by stupid, I mean people who don’t think for themselves, end up asking dumb questions, and are more into creating excuses for not getting work done instead of just doing it. His personality was one way of filtering out these types so that he didn’t have to deal with them⎯the fewer the better.

Jim was also a big believer in taking risks, and he was constantly challenging people to take the road less traveled and go big. He was constantly supportive of anyone who was willing to step forward and learn something new, not just academically but in all aspects of life. Any time there was a “two roads in a yellow wood situation,” Jim was there pushing you to take the first step. While “winning” was always preferred, I never saw him disrespect anyone for failure if they tried. Instead, he would push you to find and meet the next challenge.

I have been fortunate to have very supportive mentors and superiors thus far in life, but it’s safe to say that, had it not been for Jim Avery, I would not be where I am today. I was reminded of this a few weeks ago when I had the opportunity to attend Milton Glaser’s Creative Mornings lecture. There before me was an accomplished man who had no qualms about giving blunt advice and critical responses to questions from the audience.

“Fail more often in order to find out what you’re capable of learning,” Milton said. The collective crowd took in the advice and you could feel everyone committing it to long-term memory or tapping it into a mobile Twitter app. It wasn’t a Jim Avery line, but it was delivered with the same combination of contempt and caring that I will always remember.

In our lives, if we are fortunate enough, we come across people who are our harshest critics, constantly challenging us to do better even when we think we’ve reached the limit. At first glance, they will appear to do nothing more in life than simply find more ways to grind an axe⎯when in reality, they’re simply trying to help you find your potential and unlock it.