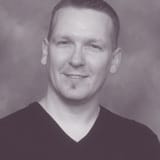 I think I started holding down jobs when I was in the fifth or sixth grade. It started simple—a newspaper route in glorious Mark, Illinois, population somewhere around 250-300. Believe it or not, there were two paper routes in this little village. Mark had lots of hills, but also lots of great people—and even a couple of first generation Italian immigrants—who made the route worthwhile. It wasn’t just about the cash money to buy Atari 2600 cartridges and fireworks I received from them; it was often about those homemade lemon cookies made from a recipe that probably never existed on paper.

As I got older, I picked up other jobs. You see, I had an Atari addiction. My parents, on the other hand, had a “we’re not paying for all those video game cartridges you want” addiction. One side had to give. So, I would fill potholes in Mark. I would paint the bathrooms in the park. I would wake my butt up early on summer mornings to go roguing (removing outliers of corn stalks—those that were too tall or small in the hybrid corn-creation process) and then de-tasseling corn and even walking beans. I even worked in a deli until I nearly sliced my finger off. Eventually, I held a job at greenhouse for a short while until I finally landed in the fast food industry working at the king of all burger joints.

Fast food had a lot more in store for me than I could have ever imagined.

I worked with an assistant manager who was a young guy that no one quite figured out. He was more interested in Rush, the opposite sex, and cultivating that odd mustache than he was in applying himself to book learning. Working with him was always guaranteed to be fun, potentially resulting in a call home to my mom explaining how the broiler broke down and that I’d be home a couple of hours late (translation: there was a party and he was the standing invite). Not only did I learn a few things about how to handle a frosty beverage after hours, but I also learned that Rush truly is one of the best bands of all time. As a new wave-y sort of keyboard-band-loving freak, this was eye-opening. Fly by Nighttime, indeed.

There was also the stern store manager who seemed to never quite be happy; things were never quite good enough, finished enough, or, well, good enough again. She was the Bobby Knight of the store. She was the one who would fire you on the spot for drinking Sprite from the soda machine if you worked the fry pit. But she was also the one who would not accept any person not taking pride in his or her work, and keeping her store in pristine condition. Frequently, we’d hear things like, “If you’ve got time to lean, you’ve got time to clean,” and it was the equivalent of having your parents say, “We’re not upset with you, we’re just disappointed.” Fast food daddy issues at their finest.

I learned that there are balances to having fun at work, and also taking pride in what you do (and a lot of great undiscovered music out there, so it’s important to keep your ears open—you never know when the next Rush-awakening is going to happen). There’s a very delicate balance in there, and it’s not something that one achieves easily, and one I’ve failed at more than my share of times. I only hope that I’ve continued to learn from those failures and that I’m getting better with each attempt. Certainly, others have deserved better from me in the past.

One night, however, the lesson that I’ve found myself paying the most attention to these days, smacked me politely in the face. I was working the drive-thru on a week night, and the weather wasn’t great. Things were pretty slow, and I’d managed to get through all of the tasks that one would get assigned if they dared to be leaning. I was pretty nervous when the aforementioned manager came out of her office and into my hidey hole that was the drive-thru. “If you’ve got time to le—” was rolling off of her tongue when I abruptly cut her off and squeaked out affirmation of everything being cleaned, organized, stacked, and put away. Actually, I was kind of proud of myself for being ready to stand judged.

I was found to be wanting.

She popped open my cash register, pulled out the large stack of ones and fanned through them (keep your minds on the story, folks). She looked at me—and in my memory, her glasses slid down her nose a bit, she peered over them at me, and she said, “This money looks like crap. Face the money. Put all the faces in the same direction—take pride in how this money looks when you hand it back to someone and they don’t have to shuffle through it and work too hard to double check your work. We have time quotas to meet, and when customers sit in the drive through counting their change, that clock keeps counting.”

Just like that, I started making sure that my money all faced the same direction. In every job I ever held since then—and even in my wallet today. Now, I teach it to my seven year-old as she’s starting to learn and understand the concepts of economics and value.

Maybe I didn’t pick up on my manager being on to something back then. In fact, I probably despised her for it, but over the years, I’ve noticed that when you face the money, the money is easier to manage. It’s easier for other people to manage. It’s a simple part of a presentation that gets overlooked, and overlooked a lot.

Think about the last time someone gave you change. Sure, using cash isn’t quite as popular as it was in the mid- to late-eighties, but think about the last time a cab driver gave you change, or the cashier at your favorite caffeinated beverage dispensing location. Was it a mess? Were there people waiting in line behind you that had to wait longer because you were busy jamming bills back into your wallet, purse, or pockets? Could this time had been saved by a simple act of the cashier organizing his or her money in such a way that it didn’t mess with your ability to put it away?

In terms of my career, I still feel I have an awful lot to learn. However, when boiling things down to really small points, some things as seemingly simple as knowing when to find humor and facing the money can be applied to so much that we do. Do all of our documents have title pages and tables of contents? Do we try to self-edit before putting our editors to the test? Do we consider whatever load someone else is bearing before we ask for “just 10 minutes” of their precious time?

It’s really easy to forget about the tiny details and remain focused on what matters to us. If we take a few small moments out of our days to focus on the really small things, it can have a much larger impact on so many levels. It can be a ripple effect that begins to allow you to spend some quality time and energy on the really big, fun-to-solve problems, without worrying about the pinprick distractions that strive to ruin our flow.

Better yet, if we can make that focus on the little things part of our daily habits and routines, it can free up a lot of extra brain power for the more challenging problems. I’m not saying this is easy (or that I’m particularly adept at it); I’m just saying.

Previous Sustainable, Not Pixel Perfect
Next The Art of Details