re: Not Red Dawn but Almost

All: It’s 4:00 AM and I am both wide awake and completely exhausted at the same time.

First, I want to say that last week’s Halo game was inspiring, informative, and productive. 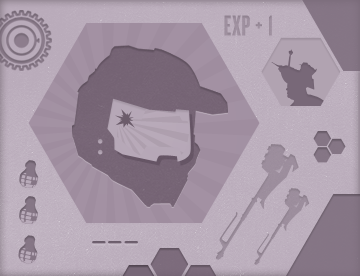 Joey, when you decided to throw caution to the wind and flail around in the middle of the map because you couldn’t hit the side of a barn, well, sir, it was kind of like that time in Braveheart when Mel Gibson yelled out “Freeeeeedooooom!” while his lower intestine was being used for show-and-tell: unexpected and bloody. During the match, I think we all learned that project managers make for scary snipers, probably due to their +1 abilities in patience and love for the movie “Deer Hunter.” And it’s clear from post-match analysis that Mr. Clark has absolutely no sense of direction. I have already spoken to accounting about procuring a compass for him.

Speaking of direction, it was kinda weird that one of our clients was acquired by an industry giant (let’s call them “Lucky Strike”) last week. Talk about “Internal Memos We Wish We Would Have Received.” At least they could have sent us a DM on Twitter. I imagine it would have gone a little something like this:

Late night television advertising tells us that nothing keeps you up at night like gas. I say going to bed after eating a XXL chalupa can’t hold a matchstick to losing six figures worth of future work. Despite my many home remedies for sleep therapy—a late night bottle of wine, old pizza, and “Time Bandits”—the stress-induced adrenaline is running straight through the nervous system. All I want to do is go out on the street and bench press a late model Buick with all this nervous energy, but my skin won’t turn green and there is no way in Hell I’m ever going to wear purple jorts.

Look, we didn’t lose money per se, but now there is a hole in our project calendar large enough for even the Phillies to hit a home run through. We have plenty of projects on the horizon and the future looks very, very, bright. Unfortunately I don’t have total control over how my brain processes this news. Stupid brain. So here I am squinting in a blue LED glow playing out options in a spreadsheet until I can calm the right side down, go back to sleep, and let the left side get to work.

More importantly, our new friends over at “Lucky Strike” seem a bit nervous about their future, and who can blame them? It’s difficult, if not impossible, for me to put myself in their shoes right now. I just hope they’ll come out ahead. Note to Ms. Johnston: Let’s send flowers and invite them to a game of Halo. Nothing spells relief like smacking someone down with a Gravity Hammer. Especially when it’s “Lucky Strike” on the other end.