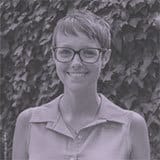 This is the natural time for reflection on the coming year. I’ve been thinking about how to use my New Year’s goals at work, as a designer, to create positive changes for others. 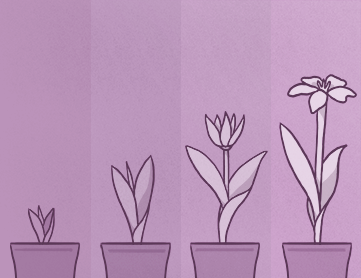 “Designers who devote their efforts primarily to advertising, marketing and brand development are supporting, and implicitly endorsing, a mental environment so saturated with commercial messages that it is changing the very way citizen-consumers speak, think, feel, respond and interact. To some extent we are all helping draft a reductive and immeasurably harmful code of public discourse.” — First Things First, 2000

It’s often hard to calculate the impact we as designers have on people’s lives. The time between producing work and it reaching consumers can create a disconnect between creation and use. But just as weeks of holiday feasting can make a difference on our waistlines, technology’s constant demands for our users’ attention add up, too. With the fast-moving pace of technology and it intertwining so deeply with design, it’s important for me to pause and make sure I’m prepared with how to proceed.

I’m focusing on finding ways to use my voice in a way that aligns with my principles. The framework that ethics provides immediately comes to mind as the place to start outlining these principles more concretely. Ethics are the rules—system, defense, and recommendations for right and wrong. These come to life externally and work towards facilitating a healthy code of conduct.

Design ethics is no new idea. In 1964, British designer Ken Garland published the First Things First manifesto: a commitment to using design for betterment of society—an informal Hippocratic Oath for graphic designers. This manifesto has been revisited over the years and is the base for many designers’ professional values and many organization’s code of ethics.

With these as a guide, I’ve gathered a list of ways I could realistically make a larger difference with design work and exercise ethics in a way that keeps my work healthy.

Stay fit. The environment technology naturally provides is prone to becoming bloated with choices. This year I’ll continue to be aware of this and respectful when designing for people. This could mean saying more with less, or even saying more with more—either way, accurate representation is key to lightening the burden during their decisionmaking.

Spend more time with people. When designing for people, it’s important to remember the people I don’t know are the people I could be designing for. Getting people’s perspectives on a daily basis helps keep me grounded in a way that can’t be fully realized within a siloed design community. I’ll continue to make an effort to talk to people I don’t already know in real life. I’ll ask them more questions. A useful place I’ve begun is by talking to my neighbors regularly.

Kick the habit. Collecting as much information as possible about the people using digital products sounds great from the perspective of long-term product growth. But resorting to collecting this data by default for all situations could have very real consequences. Where possible, I’ll allow users to opt towards privacy.

Simplify. Few things last forever on the internet, but it could be worthwhile to ask if creating something ephemeral for a project’s context could have capacity for harm. Since trends age quickly, relying on them in some projects may be an irresponsible long-term strain on a client’s resources—forcing them to put money towards another redesign sooner rather than later.

Volunteer more. What would happen if I took on one less responsibility in my free time to be open for something new? Wasting significant brainpower and time resources on Facebook or watching TV takes time away from solving bigger issues. What if I skipped a TV binge every now and then to participate in a civic hackathon?

Learn something new. I am incredibly lucky as a designer to always be in a new learning environment, prompted to get familiar with different industries, subject matters, and audiences. But when I think I know everything I need to know, I’ve reached my limitation, and it’s time to search for one more detail.

Stop procrastinating. I’ll stop complaining about the details and actually work to fix them. If something in the wild is broken, difficult to use, or could use clarification, I’ll make a stronger effort to write to the company or submit a suggestion through whatever means is appropriate. For example, if I’m experiencing an unwieldy form with vague error messages, instead of ranting about a service’s inconvenience, why not use that energy to propose a solution?

Get more sleep. Especially relevant in digital design—design holds the potential to become a negative influence on people’s cognitive load and even internal rhythms. I’ll ask myself, from the perspective of a tired or distracted person, is that extra notification or addictive gamification adding to the experience or depleting someone’s personal resources?

Get organized. Designers are more useful when connected than apart. In an industry that is primarily conducted through screens instead of the physical world, what would facilitate better connections in the design community? I think personal connections are key. This year I’ll initiate conversations with a designer I admire, a designer just starting out, and a non-designer.

comments powered by Disqus
Previous Connecting KPIs to Goals and Objectives
Next Reading, More or Less