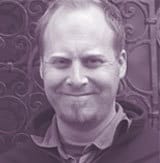 The summer of 1991 was fast approaching. I needed a source of income to pay my rent over the summer or I’d have to live at home with my parents and little brother. No self respecting college sophomore would willingly choose to do this.

I had worked in a chain record store in high school, so I figured I’d go down to my favorite independent record store and see if I could get a job. As “luck” would have it, they needed a janitor-slash-lackey. Thus began my romance with the nearly extinct species of business known as the independent music retailer.

Cleaning toilets, mopping floors, and, on a good day, refilling the shelves with cassettes and vinyl record albums was how I spent the next seven years of my spare time. Throughout college I slowly worked my way up the ranks and before long I was driving a cargo van, picking up and selecting how many copies of which new releases we would stock. Eventually, through the guidance of my enigmatic older coworkers, I was exposed to the international network of independent record labels and distributors that, at the time, made up the backbone of the best music being produced in the world.

Working hard with a colorful band of metalheads, 60s-era spacerock dropouts, British new wave experts, and the occasional gothic oddball, I learned a lot about the difference between good and great: I learned about taste. There’s an important distinction between the youthful anarchy of the Sex Pistols and the mature danger of the Stooges. There are reasons why early Dio-era Sabbath is more effective than most of the Ozzy years. With these misanthropes as my guide, I spent year after year learning about Stax reissues, exploring the hey day of Touch and Go Records, discerning the best rockabilly revival groups, and listening to more underground garage rock than anyone really should.

Over time, a more discerning musical palette would rub off from one staff member to another, or from employee to customer. If someone was making the mistake of buying any number of awful post-Nirvana bands (Smashing Bush Pumpkin Machine, for example), we would suggest they try out the new Jesus Lizard instead. Nine times out of 10, they would ignore us and buy what they came for. But occasionally, we’d find a comrade in taste, someone who was willing to take our ridiculous access to tons of free music—remember, no music on the internet yet—seriously enough to know that we had done our homework and knew what we were talking about.

As a customer of iTunes and a lover of music for three decades and counting, the potential for taste brokerage is what interests me most about the iTunes Ping user experience.

I can see what music Rick Rubin is digging and buying. Or Jason from Pittsburgh who is tapped into the demonic pulse of black metal. Or the lead singer for the Thermals. Or my coworker who shares an affinity for Mike Patton’s more bizarre experiments, such as Faith No More.

Putting aside the many obvious faults (closed network, limited to iTunes purchases, a stupid name), iTunes Ping is a social web environment where, if the right people find each other, shared good taste becomes digital currency to exchange and broaden horizons tied directly to the point of purchase, not unlike ye olde indie record stores of yore. With time and care, it could grow into a digital musical awareness of your favorite record store employees, musicians, and friends combined.

So how could this take place? Critical to the notion of taste is the idea that a computer isn’t making decisions for you. For this reason, a better music recommendation engine isn’t the way to go. It sucks when robots tell you what to think — just take a look at Netflix’s ongoing (and flawed, in my opinion) attempts to make sense out of your queue and predict what you want.

That being said, taste is something we recognize in other people when we see it. So Ping needs to do a better job of suggesting who should have relationships. This could be accomplished by giving users the ability to describe those relationships. That meta-layer for each relationship is missing right now; the ability to tag my relationships with self-defined categories could create emergent communities of taste based on perceived enjoyment and quality. Much like the real world, if enough people say “this is the guy to go to for underground techno trance bassoon hip hop,” eventually, it’s a quantifiable truth.

Great user experience design opportunities lie in technology’s ability to tap human networks of awareness and information sharing that existed before the technology. This isn’t just limited to the soon-to-be-extinct, brick-and-mortar record store. Family recipes are handed around and tweaked, but the most successful results are shared back to the group. Urban locals always know which public transit routes to avoid by shared experience.

Who are your taste brokers and what is your relationship to them, digital or otherwise?