Turn On the Da Kine, Yeah?

In the last six years I’ve done a fair amount of business travel. On occasion, there have been a few memorable trips due to the flight (Nashville, I don’t know how you deal with that kind of turbulence), the destination, the clients (like good old “Poet’s Eye”), or just the circumstances of our meeting. The last two years have been especially busy and I’ve built up a good catalog of stories from experiences on the road from Lansing to Birmingham, Bend to Boston, and beyond.

A good portion of this travel has been to host and participate in project kickoff meetings. These all-day sessions range in discussion and activities to help us engage with our clients and form a stronger working relationship, which we continue to build upon throughout the project. In the last six years, we’ve had these meetings for all kinds of clients with different challenges across a wide variety of industries: from post-secondary education to Baja off-road racing, film festivals to a trade union, and just about everything in between. One thing remains the same: no matter how much research and effort we put into engaging with future clients, after the contract is signed, it’s always a mystery as to how well kickoff will go.

A few weeks ago, I thought about all of this as the roosters’ constant crowing around the Hawaiian mountain guest house woke me at 5:45 a.m. Despite the early hour, the heat and humidity of this foreign land had already begun to choke the stale air that did not move naturally in the slightest way. Lying under a ceiling fan running at its highest setting with the wild wake up calls continuing on without any way to hit their collective “snooze button,” I had two thoughts: “Why in the hell doesn’t Kauai do something about all these stupid chickens?” and “nothing is ever going to touch how amazing this project kickoff is going to be.” 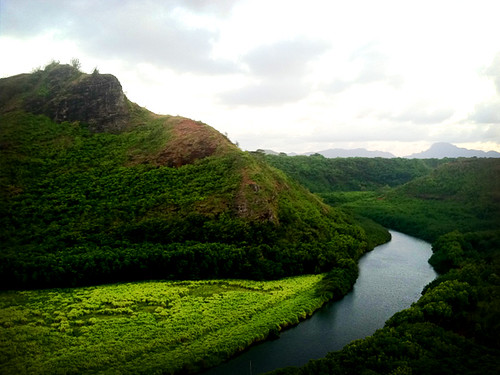 A few hours later, Rawle, Kevin, and I locked up the house, slid into our slippers and walked to the Kauai Hindu Monastery. After a quick tour of the grounds and the temple, we walked over to the edge of a hill overlooking a small river delta, a photogenic view that served as the backdrop for the monks’ publishing office. For the last thirty years, this monastery has been publishing magazines, books, and literature for the entire Hindu world. Upon entering the office, it was hard not to notice the fairly large and modern setup of MacBook Pros, Apple Cinema Displays, and iPads set amongst a few, scattered remnants of the old publishing days—light boxes, loupes, and a drafting table. The walls were adorned with magazine covers from years past and Hindu art. In a way the room had the feel and spirit of a college newspaper office working for a higher power.

We had the fortune of spending two mornings with the monks. Each day began with a morning prayer, a recanting of their mission and purpose of their publishing work, and a traditional morning breakfast. The rest of our morning sessions were like any other kickoff, filled with activities to get the client thinking, reacting, and designing with us as a team. We had the pleasure of working with a fantastic group that included very friendly, smart, and hard working guys: Kumaranathaswami, Sadasivanathaswami, Sivakatirswami, Senthilnathaswami, and Sadhaka Satyanatha. Thankfully, we were let off the hook and allowed to use a simple “swami” to address each monk until their full names become easier to remember and pronounce.

While the men, their life’s work, and their “office space” are all amazing, it’s only a half of what made this project’s start the best I’ve ever experienced. What really set these guys apart from any other client I’ve had is that they came to the meeting prepared, without distractions, ready for discussion, and ready to participate (Ok, so they did have iPads around and were checking email now and then, but nothing like the FOMO addict we normally deal with). Because of that, we got more solid work done in half the time.

At noon on the second day, we wrapped up our meeting with a run-down of the project schedule and a check list of additional information and assets we would need to begin production work. By the time we had walked back to the house, the monks had already delivered a few items and were busily working on the remainder. The excitement during the drive to the airport was fueled by our enthusiasm in working with a client who we knew was now more of a partner. 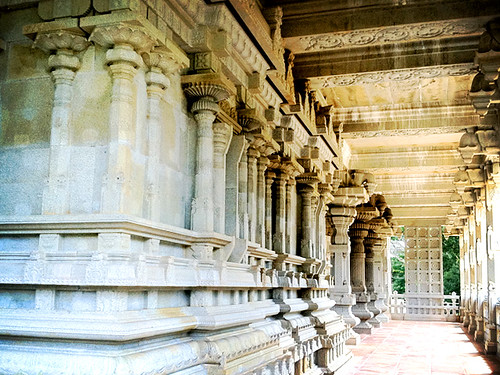 Our time with the monks was unforgettable and the work we’ve done since returning from Hawaii is amazing. It’s unlikely that our future project kickoff meetings will happen in such an exotic location and in as surreal circumstances but, thus far, each trip has been an adventure worth remembering. This week we start again with a new client in Kansas City. Despite the lack of wild chickens roaming around the airport or the Power & Light District, this trip has the makings of another memorable start.

Previous Flattery is overrated
Next Patience and Fortitude