For the last 5 ½ years, I’ve worked from home. So except for the occasional on-site meeting, almost all of my meetings have been done on the phone. 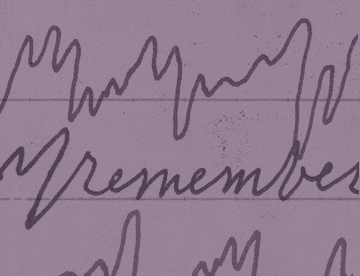 During in-person meetings, I also try to take as many notes as possible. I often scribble notes while others are talking, and if I’m the one doing the talking—or if the discussion is a fast paced back-and-forth—I try to jot down as much as I can during breaks in the conversation. Sometimes I’m able to pen a few keywords in the middle of conversations that I can go back to later (during a break, perhaps) and elaborate on so as to not forget the most salient information.

But I hardly reference the notes later. I write down the notes to help me process the meeting as it happens.

I don’t know if I am predisposed to this type of behavior through the gene lottery or if it was a learned behavior while in school. When I didn’t take notes, I quickly fell behind in a class or lost focus as my mind wandered off to other places. In graduate school, I found myself taking detailed notes just to keep up. It became a survival mechanism for me.

My note-taking habits remind me of the tagline from the Field Notes notebooks by our friends at Coudal Partners:

Back in July, I briefly mused on my personal site about an essay by Peter F. Drucker called Managing Oneself. I was surprised by how intriguing I found the 55-page treatise on self-awareness and self-acknowledgment of our own strengths and weaknesses. Here’s my quick summary of the essay from that post:

Drucker touches on many topics throughout the book about managing your own career, knowing yourself and your co-workers. He draws contrasts between the working life now and how it was before we had a vast majority of the workforce as knowledge workers. There are a few good suggestions on working in teams (the book would be a great team building exercise) and learning to work with your co-workers instead of just alongside them.

An important part about knowing yourself, according to Drucker, is awareness of how you perform and learn. Some people perform better in situations where they process information through listening. Others learn and perform better by reading.

Drucker also talked about how writers learn. Because I’ve worked remotely for years with both co-workers and clients, I spend a large part of my day writing emails, Basecamp messages and, yes, even code. Outside of writing an essay or a book, a lot of my daily routine involves writing. So, am I writer? Yes.

Unsurprisingly, writers learn and retain information best when they write it down. It’s not just about recording the information for later reference. Writing it down is a hack of sorts to help remember, and perhaps process and analyze, the information that is being discussed.

Drucker has a great anecdote about the composer Beethoven:

Some people learn by taking copious notes. Beethoven, for example, left behind an enormous number of sketchbooks, yet he said he never actually looked at them when he composed. Asked why he kept them, he is reported to have replied: “If I don’t write it down immediately, I forget it right away. If I put it in a sketchbook, I never forget it and I never have to look it up again.”

Do you have that same experience?

I want to leave you with some tools I use to write and take notes during meetings. While not a comprehensive list, these tools have helped me become a better listener by writing:

Are you also a writer? If so, don’t rely on someone else’s meeting notes. The value isn’t in the notes, it’s in the process of writing them down. You can only do that for yourself.