Almost four years ago, I wrote a Cognition post about my Rule of Threes. 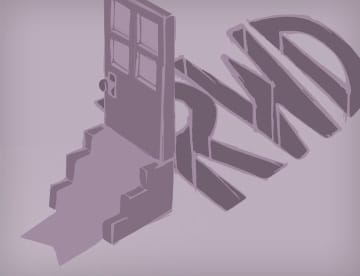 In it, I explained that pushing a design effort far enough often resulted in stronger, better-conceived, and more thoroughly vetted solutions. If you didn’t read the article, let me give you a quick recap:

At the conclusion of the information architecture phase, multiple designers worked in unison to evolve three unique design concepts. Each effort was aimed at different, but agreed upon goals. By varying art direction, user-interface interpretation, and content prioritization, the Rule stressed designing a “range” of static mock-up solutions to present to a client. Whichever concept garnered the most attention became the “base model” that was iterated on and drove the overall look and feel moving forward.

Then, along came RWD.

Faster than you could resize a browser, the Rule of Threes morphed into a ball and chain shackled to an already-stressed project budget. Even before RWD, the cost of three staff members dedicated to designing three full-fidelity Photoshop compositions was pricey. But, the big kicker: Static JPGs aren’t responsive. Clients inevitably ask, “What does it look like on mobile?” MOAR PHOTOSHOP isn’t a viable strategy. We can’t “comp” our way to a true solution. Instead, we needed to cash in all those hours spent perfecting pixels on a process with a higher return on investment.

As a result, the Rule became a frequent time and budget casualty. We needed to arrive at solutions faster. Our methods for getting to those solutions had to adapt, as well. Style/mood boards, benchmarking discussions, art direction worksheets, interactive prototypes, visual inventories, and pattern libraries all rushed in to fill the void those pristine Photoshop comps left.

Do we still have “ideas” in a world where preset patterns have proliferated? The Rule secretly did something really, really well: It provided the designer a safe zone to explore. In that space, a work-in-progress experience was more malleable. Risks could be taken. Ideas became conversation starters. “Skinning” a wireframe was never an option. Instead, the Rule incubated an honest evolution of the wireframe. Uninterrupted space to think meant room to grow ideas.

Thankfully, RWD is a team sport. If we aren’t going to invoke the Rule, we should honor what it provided. Responsibility for “design” should be shouldered across multiple roles and disciplines; our content strategists, designers, and developers need moments to pause and reflect. Look back at your recent RWD project and ask yourself these questions:

Others out there are starting to question outcomes too. Elliot Jay Stocks reiterated his 2007 call-to-arms in a recent article for CreativeBloq. He reminds us that, “as designers, we need to consider exactly why we’re making specific design choices. We shouldn’t be blindly following current trends.”

Yet, to reject trends, you have to make sure your process provides space to do so. Where is that quiet, reflective time? At what point in your process does someone speak up and say, “Hey, is this the best we can do?” As our industry scrambles to start writing code earlier in the process and refine later (if at all), let’s not usher in a generation of design staleness.

Let’s not slip into a RWD limbo.