When first planning our test lab, I surveyed my own collection of devices and then asked around our Austin office for people who had some older phones sitting at home in a closet or junk drawer. I was able to pull together a handful of devices, including two older iPhones we tested with during some iOS development work. I purchased the remaining devices. 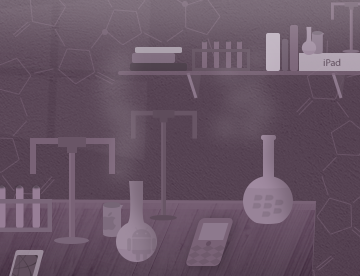 There are a few options for purchasing devices for your test lab. You can buy them brand new (required for getting the latest gear like the Microsoft Surface or the Nexus 7), used through eBay or Craigslist, or legitimate used from a reseller like Mobile Karma.

I didn’t like or want the hassle of dealing with eBay or Craigslist, so I avoided those sites entirely and went straight to Mobile Karma. All of the devices are contract-free and fully tested. The condition is also noted with each device, and prices can vary based on condition. For a test lab, I have no problem buying a scratched-up BlackBerry if it is $50 cheaper than the mint version of the same phone.

In the resources list at the end of this article, I’ve included some links to information about the OS version of Android, BlackBerry, iOS, and Windows Phone 7.

Here are the devices we currently have in our lab:

At least one of us in the office owns the most current Apple devices, so while they are not a permanent part of the test lab, we also have access to iPhone 5 and iPad Retina. Additionally, everyone on the team will get a new iPad Mini at the end of the week when they are released.

Resources to Get Started

I researched and put together our test lab with the help of the experience of others, especially using information shared by Jeremy Keith and Brad Frost. Below is a list of resources that will help you get started or improve your current device setup.

Ready to build your lab? Go!

comments powered by Disqus
Previous It's Alive: Prototyping in the Browser
Next Anatomy of an Illustration