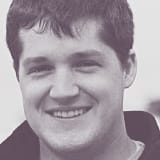 Why are doctors sometimes considered “cool under pressure?” Is it because their personality is one that doesn’t get riled up when faced with a challenge? 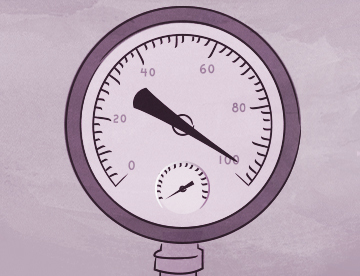 Is it because they have an ingrained character trait that allows them to remain calm when everyone else is completely losing it? Have you ever noticed that web developers are sometimes labeled the same way? Is it the same thing? Are web developers saving the world too? Probably not.

Someone’s ability to remain calm during a stressful situation is directly related to their overall comfort with the topic at hand. For example, the other day I was looking over an upcoming launch. There were missing headers, broken footers, and a sidebar that was hopelessly out of alignment. It looked like we had just started on the site, that day, even though I knew this was the result of a solid month of development. My Slack notifications were buzzing constantly with yet another broken piece of the site. “What to do, where to start?” I wondered to myself.

And then it hit me, we had recently added in some extra styles for legacy browsers, what if those styles were behaving incorrectly and applying to modern browsers… Welp, sure enough, a bit more specificity on a single line of CSS and the entire site came back into alignment.

For me, in this situation, I knew that the whole site couldn’t have just up and broke itself. A site as broken as I was seeing would have taken a lot of bad code over a period of weeks to transform itself into the mess I was seeing. I was calm because I knew the issue was relatively close to the surface. However, my design and project management counterparts had less context to make this judgement. To them, the site was working before and now it’s not. That’s a major regression.

To me it’s just a one line change, to my colleagues…

Everything is broken.
The site doesn’t work and they’ve tried all the usual “hacks.”
They’ve cleared their cache.
They’ve restarted.
The site is still broken.

With less visibility into the code it’s understandable that my colleagues would be worried about the state of the site they’re seeing. Now they’re looking for answers because they don’t know if this is a ten minute “whoops” or a four day “refactoring.”

In this situation the most important piece of information I’ve found is to convey where the issue is coming from.

Is it a back-end issue with your API? Maybe a colleague knows of a recent upgrade to the API that could have affected this.

Is it a front-end issue? Maybe your project manager has a front-end resource in limbo between projects that could focus on this for a few hours allowing you to finish that other thing you were working on before the sky fell.

In the end, it’s not that I’m “cool under pressure” in situations like these. It’s not an ingrained character trait that I possess. It’s that I’m looking at the problem from a different perspective, and that makes all the difference. So, the next time the sky is falling take a moment and think about how things may appear to your colleagues. And, if you can, take a moment to widen their perspective into something that allows you all to see the issue for what it truly is.