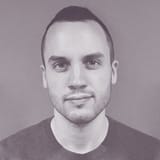 In my younger days I performed quite a bit. I liked rehearsing and being on stage. 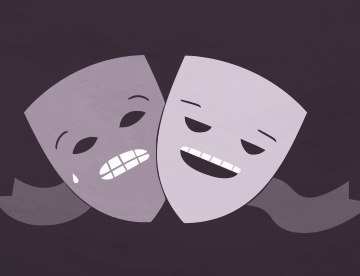 I was a student teacher for an acting class. I somehow became the host of my high school talent show (footage of that has been burned). Yet despite having zero qualms about putting myself out there once my lines had been memorized, I was completely and utterly terrified of auditions. To this day, I have recurring nightmares about auditioning for a play and bombing so miserably that I feel embarrassed for hours after waking up.

This disparity in attitude comes down to a fear of the unknown. During a performance, you’ve already won the role and are showcasing the fruits of your labor following weeks of rehearsal. In an audition, you haven’t earned anyone’s approval yet. Success or failure comes down to how you and you alone perform, and the pressure to deliver can be crippling. In her book Presence, social psychologist Amy Cuddy writes about this fear: “Before we even show up at the doorstep of an opportunity, we are teeming with dread and anxiety, borrowing trouble from a future that hasn’t yet unfolded.” Because these are typically new and uncomfortable circumstances, the mind is consumed with the worst possible outcomes.

A lot of designers feel this way about presenting their ideas. Last week I was part of a workshop with Mike Monteiro focused on presentation skills, and the dozen or so participants—some designers, some not—all shared stories of being comfortable in social settings only to turn into stuttering piles of goo as soon as they were tasked with formally presenting ideas to bosses or stakeholders. A biological switch is flipped as soon as we feel singled out, as soon as we are unsure how others will perceive us, as soon as we feel vulnerable. Mouths run dry. Sometimes this happens.

Paris Review editor-in-chief George Plimpton suggested that the key to abating performance anxiety is over-preparing: “Gather—and learn—far more than you’ll ever use. You can’t imagine how much confidence that knowledge will inspire.” Performance rehearsals serve this exact purpose—making unknowns known and ironing out kinks well in advance of opening night. It’s common for designers to believe that their work, being visual, speaks for itself. In doing so they choose to forego this preparing-to-present phase, thinking the audience will just figure things out on their own. Or maybe they consider presenting to be an occasional inconvenience that they simply have to wince and get through as quickly as possible (the way I felt about auditions). Either way, once the lights dim and all eyes are on them, the existential dread creeps in.

Presentations. Interviews. Pitches. Any time spent making an impression on an audience should be treated like a performance, not a looming audition. This doesn’t mean being phony, or sounding scripted and robotic. It means being proud of your ideas/designs/skills/whatevers, then doing the homework and the rehearsal necessary to feel confident talking about them. You know how great actors don’t seem like they’re acting at all? That’s because they’ve practiced, and watched themselves in the mirror, and taken critiques. Over and over and over. While it’s true that we can’t always eliminate every unknown—unreceptive personalities, technical malfunctions, tricky questions—controlling for the things we do know and anticipating potential road bumps makes rolling with the punches that much easier.

High pressure situations will always be nerve-wracking. I still get butterflies before presenting (and nightmares about auditions, remember?). But the more we survive the things that make us uncomfortable, the less likely our brains are to go into fight-or-flight mode next time. Harness those nerves. Put in the effort to prepare. And if all else fails, picture the audience in their underwear.

comments powered by Disqus
Previous Staying Cultured
Next Is This Thing STILL On?