Our profession’s affection for public shaming is well-documented.

Following morning exercises atop the Bauhaus, Johannes Itten lined his students at rooftop’s edge, held aloft their previous day’s work, and, before a gathered crowd, publicly humiliated each of his young students. 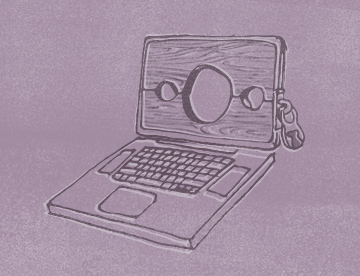 While students showed significant improvement and other instructors adopted Itten’s pedagogy, the practice came to an official end in 1928. Tragically, a student stepped over the edge when Itten, still storming through a particularly scathing admonishment, thundered that the boy “lacked contrast of soul.”

According to the October 26, 1881 O.K. Gazette, Ike Clanton was observed scrawling “Enough with the —ing manicules already” on a corral’s signage.

The Treaty of Paris in 1783 was interrupted by an argument between Benjamin Franklin and Louis XVI’s printer over whether to set the treaty in Baskerville or Caslon. Benjamin Franklin, mocking the Frenchman, contended Caslon was “passé” and began singing “Le Poisson” from The Little Mermaid. The fight was broken up by Franklin’s mistress. A patina statue off the coast of New Jersey marks the occasion.

And by early 2013, in a fascinating spectacle, designers began to spring from the earth fully grown, unburdened by memory of youth, and evidently in possession of secret knowledge passed down to them through generations. Thanks to their contributions to public shaming, the world was finally rid of data visualization, so-called hipster logos, and the tyrannical carousel. Ironically, the only thing left to slay was the aging trend of didactic how-not-to’s.

Man, it’s tough out there.

Somehow, I escaped ridicule when I probably most deserved it. I’m sure I looked like a damn fool, thirteen years to the day of this posting, sitting in that creative director’s office, clutching a résumé fashioned after a nutrition facts label (no joke). I wonder what they’d have said about that. Those magnificent designers who spring forth fully grown, I mean. Or what they’d have said about my portfolio of David Carson impressions. Something witty, I’m sure. I showed my sketches, too. I always showed my sketches.

Over time, I experienced more. I stored more. I recalled more. I matured, and my work matured with me, and while I was pounding the pavement and wearing my shoes full of holes, I managed to figure it out for myself, with, of course, a little help from my friends and mentors. No one harangued me to get their point across.

The best ones, the kindest ones, they presented me with information and then simply said, “Here—do with it as you will.”

Thoughtful cannot be taught. There’s a significant difference in a designer caught in the groundswell of The Now and a designer merely skilled in mimicry, and no manner of parody can shame thoughtfulness into designers who will never learn it. But, it can do irreparable harm to who the ones who can.

So to the made fun of, I say: Do your thing. Make your own fun. Culture is an ever-changing and evolving thing—what’s hot today will be gone tomorrow—and without exhausting the moment, we’ll never grab onto another. None of us, not even the lucky designers who spring up from the ground fully grown, can tell you what’s coming next.