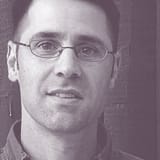 If you’ve surfed the web, you’ve likely stumbled upon adult content or some reference to it. For the purpose of this article, I’d like to ignore the content shown on adult sites in favor of the content type, video, which makes these sites relevant to hosting and hosting issues. Adult content can be traced back to the early 1980s (when dial-up bulletin board systems served all the illicit content), so it’s safe to say it has been a part of the internet from the start. Neither Happy Cog nor Happy Cog Hosting work with sites that serve or publish adult content, but wherever you stand on the morality of porn, it is enlightening to consider the role it has played in shaping standards for online commerce and the way hosting providers do their jobs.

Internet pornography pushes hosting to the cutting edge, and it was the fuel that started other internet businesses not long ago. Google, Yahoo, and AOL all researched the porn industry to evolve their early business models. Why? Because adult content sites utilize tried and true internet business models and, as a result, are extremely profitable. In addition, sites serving adult content deal with more data than any other sites on the internet. In terms of raw bandwidth, the only sites that come close are news and media-centric sites (e.g. Hulu, YouTube, CNN), but these sites use six times less data than larger adult sites.

How did the purveyors of racy images and movies arrive at this configuration (that is now largely imitated by the hosting industry)? They adopted interactive media well ahead of the rest of the internet. Static images were good, but moving images were better—so long as they moved fluidly. In order to manage the number of clicks and still maintain the speed of their sites, hosts added more hardware.

Initially, hosts added more web/app servers, but this didn’t solve the problem. As site volume increased, simply adding more web servers yielded diminishing returns. So, additional web servers were removed in favor of caching servers, and things got better. When search servers and encoding servers were added, processor-intensive functions became easier to manage. The result was increased time spent on the sites: from up to 12 minutes to up to 20 minutes. With lots of disk space and servers designated specifically for ad content, the formula for all hosting and hosting revenue was complete.