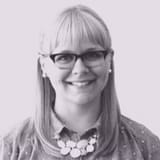 To celebrate International Women’s Day, I wanted to reflect on my own experiences, explore some of the great women who set the foundation for innovation, and offer ideas and support for growing our presence in the tech industry. 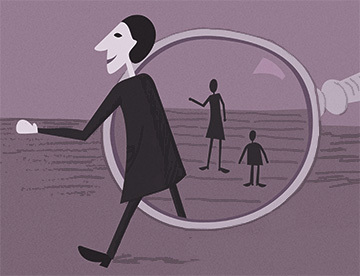 See your Worth: You’re at the table for a reason

As a woman working in the tech industry for over 10 years, I’ve had my fair share of triumphs and pitfalls. It’s not always easy being the only woman in the room, but knowing your value, and having the confidence to speak up to have your ideas heard is important.

Believe in yourself – Confidence is tricky for some, myself included, but remembering what you’ve achieved in your career is important. You’ve worked hard to get to where you are!

Speak up and have courage – Being around quick talkers and thinkers with loud voices can be intimidating, but the best and greatest ideas won’t be heard if you don’t speak up. Remember, even if your idea doesn’t come to fruition, it was worth saying, and a valuable contribution.

Know the History: Draw on mentors in the industry

There are so many women that have created and invented amazing things past and present. In fact, women have played and continue to play a huge part in the foundation of technology, coding languages, internet availability and more. Many of the things we use every day at Happy Cog were the direct result of a woman following her ideas and having ambition to make the world a better place.

Adele created the Smalltalk-80 programming language which led to overlapping on-display screens, which evolved to become known as the Graphical User Interface (GUI). She ended up having the opportunity to present Smalltalk-80 to Steve Jobs. As a result, her work was part of the foundation for the paradigms that would drive the Macintosh computer experience.

During World War II, Hedy, an actress by trade, and composer George Antheil worked to develop a radio guidance system which used frequency-hopping spread spectrum technology that was intended to thwart jamming by the Axis powers. That technology was the inspiration that led to the invention of Wi-Fi, GPS and Bluetooth technologies we use today.

Katherine was one of NASA’s human “computers” who helped develop the complex algorithms that resulted in the United State’s first crewed flight into space. Without her input and critical review and analysis of past failed flight test launches, she would have never been able to calculate the flight path of Freedom 7, which put the first US astronaut into space.

Get Support: Find your community

While at times you may be the only woman in the room at a meeting or on a project team, remember that you are not alone in the tech space and support is out there. Here are just some of the many great organizations who work to elevate women and create change:

Women in Tech works to empower and elevate diverse teams of women, connecting to fight for gender equality in STEM. They aim to do this through coding camps, online learning, mentoring, developing digital labs, think tanks, scholarships, and more.

Ada’s List is an email-based group that brings together, supports, and enables connections among all professional women and non-binary people who work in the tech space. They understand that women are underrepresented in the technology industry in both management and project teams, and are committed to empowering women to make change in their communities.

Women Who Code is an organization dedicated to getting women proportionally represented as technical leaders, executives, founders, VCs, board members, and software engineers. They’ve built a community of coding resources, mentorship, scholarships, and more to help lift up and support women in the tech industry.

NYC-based Coffee & Coded hosts educational events for women looking to learn how to code. Their mission is to inspire women to create, code, and challenge assumptions.They bring in other supportive women in the industry (speakers, tech professionals, etc.) to foster a community of learning through a collaborative working environment.

There’s still a way to go

It’s a proven fact that women in the workforce make less than their male counterparts. We have not nearly closed on the gender gaps in salary, promotions, or management and leadership representation, but things are headed in the right direction.

Look within your own organization and identify issues and areas for improvement. Evaluate how your organization’s management views and treats women and minorities in your workplace. Speak up when representation seems inadequate. Suggest changes when policies feel exclusionary. Start a mentorship program with other women in your department or company. There are endless opportunities to make change, and together we can build a better world for the next generation of women in tech.

Happy Cog will be hosting a free virtual mentorship event on March 23 at 11am ET. Join us as we dive deeper into these topics and more. RSVP here.