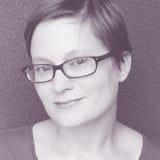 For my first driving lesson my father took me to the empty elementary school parking lot across the street from my house on a Saturday afternoon. He drove over, parked the car, switched seats with me, then instructed me to drive.

The next ten minutes involved me attempting to ease my foot onto the gas (but failing miserably) only to slam on the brakes when I became uncomfortable with the increasing speed. He sat there like a trooper until I nearly hit a pole, at which point he grabbed the wheel and told me to stop.

A few days later we hired a driving instructor who had the patience of a saint and a car equipped with a passenger-side floor brake. For my first official lesson he made me drive. On the road. When I expressed my concern he replied, “It will be fine. Signal you’re pulling out, wait for an open spot, and go for it.”

Using turn signals was a big deal to my instructor. I learned to signal before pulling out into traffic, when changing lanes and making a turn, and to let people know I was parking – really any situation in which using turn signals would allow my fellow road warriors to know what I was up to.

Interacting with others involves communication, and communication means giving people a heads up. Every day I work on projects that have a basic plan in place. Everyone is aware of what we’re doing and where we’re going, but things change. That’s ok, as long as those changes are communicated.

Project plans keep you on track and within scope and they are important to both your team and your clients. Constant communication allows both teams to assess the health of the plan, as well as determine if it needs to change. These are discussions that involve the whole team and the decision is reached together. No matter who signals for the change, everyone has to agree.

What can happen if you don’t let anyone know what you’re up to? Several things. If you don’t tell your client that something needs to change with their project they are likely to end up confused and, possibly, angry. If a client doesn’t let you know that something has changed on their end that affects the project you can be left scrambling to make last minute adjustments instead of having enough time to sit down together and formulate a plan of action. Even if it seems like a really small thing, it needs to be communicated.

If you find yourself in the middle lane and realize that you need to get over, it’s not a big deal. But you have to tell people, and you should encourage your clients to feel comfortable enough to do the same. You have to communicate what you’re doing or you’ll be the guy who swerves between lanes causing everyone else on the road to wonder what he’s up to. That guy causes accidents, and he’s kind of a jerk. He obviously didn’t take lessons from my driving instructor.

Previous Thanks.
Next Switch Design