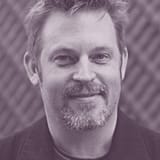 Everywhere I’ve worked, there has always been one employee deemed so valuable that other people say, “If she ever leaves, we’re screwed.” Could be the sales gal. Or the IT guy. Or the fearless leader. Someone whose knowledge runs so deep, whose Rolodex is so bursting, or whose leadership 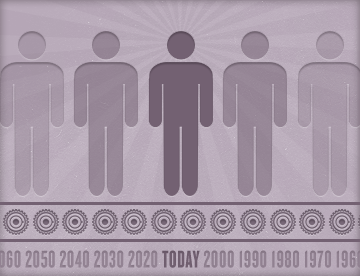 is so charismatic that the thought of moving on without them is incomprehensible.

Eventually, the day finally comes when they leave. This is usually followed by a period of head scratching, stumbling, and general awkwardness. Then, out of necessity, people step up. After all, the servers still need to run, the gigs still need to be sold, and the troops still need to be rallied. And in many cases, you end up in a better place than you were before.

Steve Jobs is ill. He has been for years. Between medical leaves when he’s returned to lead the company he’s poured his heart into, you can’t ignore his frailty. If he doesn’t return to Apple this time, it will be the end of an era led by one of the most successful innovators of our time. And it will be sad. But it will not be over.

It bothers me that the stock price consistently dives when news breaks that Steve Jobs is going on medical leave. Not because I’m upset that Apple shareholders may become slightly less rich, but because I’m irritated with the underlying message it sends. Wall Street is simply not confident Apple can be successful without him. During the years he wasn’t running Apple, the company floundered. When he came back, the company thrived. So it must be him.

There is tremendous talent at Apple. I know quite a few people there. They are the sum of their parts. Someone will succeed Steve Jobs, illness or not. And it will likely be a person that worked with him, under him, or thinks like him. And eventually they will chart their own course and steer the ship as they see fit. The company may flounder, but my bet is the company will succeed even more. But to think the end of an era is the end of a company is shortsighted.

So let’s give a little credit to the people who sculpt the devices, write the code, staff the genius bars, license the music, design the interfaces, remove the clutter, sharpen the details, devise the campaigns, and yes, even the people who made Ping. I have faith in all of them, because they made the stuff happen to begin with.

And then there’s this. My dad put his heart and soul into one company for 30 years. He helped define who they were. He was cherished. Then the board elected to sell the company, and they offered him a lousy early retirement package.

In business, one way or another, you’re always replaceable.