My one true layout Recently I’ve been “evangelizing” Docker quite a bit among the Happy Cog developers. Sometimes that sounds like “zomg, Mark really loves Docker” and other times it’s closer to “omg, why is he over engineering this again.” What I’ve been working on, lately, is a way to use Docker containers to re-implement a more flexible version of Heroku. 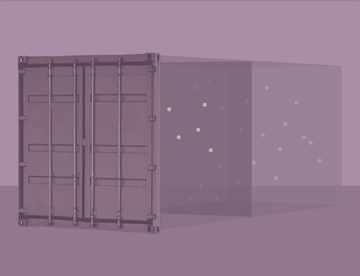 The end goal is a workflow that starts with a developer pushing code. That code, regardless of branch, is published to a unique URL that anyone can see, regardless of their setup or environment.

The reason for this workflow is to reduce the amount of time code is hidden away on developer computers. All too often it’s easy to hide behind Git and developer setup with claims such as “it works on my computer” or “oh, it’s not on staging yet.” With this workflow every push results in a URL that anyone can see. It enables our team to work quickly and collaboratively with team members that may not have a complete development environment setup.

So, how’s this all work? Glad you asked:

This has been something I’ve been iterating on for a while, and, though it’s probably better than my hacked-together shell scripts, which, is certainly better than my blind edit via FTP it’s still not perfect. Spinning up an entire nginx server from scratch on every single push just to front Pattern Lab is a bit heavy handed. Ideally there’d be some way to update the running container faster than a fresh build, but the isolation and purity of the current approach has appeal too.

I’m curious how do you build development environments? How do you demonstrate deliverables to clients? Are you still hacking on FTP?

comments powered by Disqus
Previous Where we’re going, we don’t need roads…
Next Using the distraction